Puppy farming and how to be part of the solution

Puppy farming and how to be part of the solution

According to Animals Australia, puppy factory cruelty is widespread throughout Australia. Unfortunately, lack of public awareness and insufficient laws mean that some of the atrocious happenings that take place in puppy factories are considered ‘legal’.

What’s more, legislation in regards to puppy factories varies from State to State—which can lead to regulatory black holes and may undermine national attempts to stop puppy farming.

However, Victoria appears to be leading the way in terms of changes in law to help prevent puppy farming. Veteran animal rights activist and founder of Oscar’s Law Debra Tranter explains, “Victoria passed the most progressive piece of animal welfare legislation in Australia in December 2017, the legislation has different phase in dates for each component. July 1, 2018 saw the sale of animals in pet shops banned in Victoria, these pet shops that were selling puppies were acting as retail outlets for puppy factories. Now pet shops can only work with shelters and rescue groups to help re-home rescue pets.

“In July 2019 we are expecting the Pet Exchange Register (PER) to commence. This will address issues with the online trade and provide accountability and traceability for the first time. It’s very difficult to ensure animal welfare when the people breeding these puppies don’t provide an address, real name and use multiple mobile numbers to conduct business on sites such as Trading Post and Gumtree, so the whereabouts of the breeding dogs is often unknown.

“The PER will ensure that no one can advertise without being on the register and there will be financial penalties for online trading sites if they don’t comply. This will enable authorities to know the identity of the breeders and the location of the dogs. The PER will also provide a level of consumer protection, which currently doesn’t exist.”

The truth about puppy farms

By raising awareness of the cruelty and inhumane nature of puppy farms, pet industry professionals can help slow the speed at which puppy farms are growing in Australia.

It will come as a surprise to many consumers that a large number of puppies sold online or in pet shops come from puppy farms (or puppy factories, as they’re also referred to).

Elise Burgess, Head of Communications at FOUR PAWS Australia, explains, “Public demand for trendy ‘designer’ breeds, often influenced by celebrities and social media influencers, means there is always a customer base for unscrupulous breeders to target.

“Aiding this is the ease of access such breeders have through the internet, such as online classifieds and Facebook groups. This has created an opportunity for puppy farmers and third-party dealers to earn a huge profit with minimal risk. Put simply, they have easy, anonymous access to consumers via unregulated websites.”

Unfortunately, behind the glossy images of happy, healthy dogs displayed online are often horrific conditions. Dogs can be kept in dark rooms with little or no time outdoors to exercise. Dogs will often find themselves in small cages or in dirty, overcrowded environments, where they may suffer from a range of health problems.

Debra says, “Puppy factories are set up for one thing only and that is profit, the goal is to produce cute puppies with gimmicky names for financial income. Therefore dogs are treated as stock, or primary producers, not as companions.

“The main issue with dogs living on puppy factories is the deprivation they endure. Deprivation of companionship, social interaction, environmental enrichment and all of this leads to psychological trauma that in some cases the dogs cannot recover from. They endure such little positive human contact that they become very fearful and shut down.

“Their life consists of four walls, whether that be inside a tin shed or in a dirt pen. Their entire existence is within their enclosure. They never get to experience anything outside that enclosure. They live their life on a production line, the females are either pregnant, whelping puppies, raising puppies or coming into heat again. This cycle is repeated. The male dogs usually never leave their enclosure and different female dogs are brought in and out of their enclosures on a regular basis for mating.

“Puppies born into this environment, where the mother is stressed and unsocialised, usually begin to develop behavioural problems from a young age. The first eight weeks of their lives is spent in a whelping shed with potentially hundreds of other dogs. Usually the first time these pups experience any positive human contact or life inside a family home is when they are purchased, this is when behavioural issues become evident.” 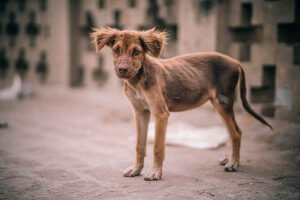 Elise advises, “It is crucial that clients and consumers are aware of the cruel and unscrupulous puppy trade which prioritises profit over animal welfare. Pet professionals should use their skills and means to enlighten the public about these facts, by spreading information about puppy farming and what potential buyers should be looking for.”

To help prevent the rise of puppy farming pet professionals can share the following tips and information with clients and customers:

“Should clients, consumers—or pet industry professionals themselves—suspect anyone of unscrupulous or illegal puppy farming, they should notify the authorities,” urges Elise.

“In general, pet professionals could use their influence to call for and support a strengthening of the laws, in order to limit market access for puppy farmers. For example, any breeder should be required to have a breeder source number, like in Victoria. Every puppy should be listed in a puppy register, which also contains the breeder and his or her breeder source number. By these simple actions, the activities of single breeders would become visible, and any irregularities would help identify wrongdoers. The objective should be to close the market for unscrupulous puppy farmers,” she says.

FOUR PAWS are calling on Gumtree and classified ad sites around the globe to end the anonymous sale of pets by implementing standards, such as mandatory seller identify verification, on their platforms.

Their ‘Thanks eBay’ petition has received more than 210,000 signatures as well as the support of celebrities such as Judy Dench, Joanna Lumley and Ricky Gervais.

Elise says, “Our aim, of course, is to have all these online standards converted to legislation. Pet professionals should be educated about the opportunities that stricter regulation provides for their own business (less competition by unfair players) and should be actively asking their government for strengthening these regulations.”

As part of its fight against puppy farming, FOUR PAWS are strong advocates of pet adoption.

“ Choosing to adopt an animal from a shelter or rescue group not only saves the life of that animal, but also positively contributes to the ongoing fight against animal overpopulation and homelessness. Most shelters and rescue groups have the expertise to help you find the ideal pet for each person or family.

“Our research has shown that on average people spend less than 20 minutes researching where to responsibly source a dog – that is probably less time than most people spend researching where to buy a pair of shoes. So there is definitely a role for pet professionals to encourage their clients or customers to really consider their purchase, to value the animal and their background, before making a potentially big mistake and supporting a cruel trade,” adds Elise.

Debra says, “Professionals working in the pet industry see a lot of things, many stay silent not wanting to get involved. Puppy farmers rely on this silence; it’s how they get to keep doing cruel things entirely for financial gain.

“I would urge people within the industry to call it out, speak out every chance you get. Lodge a complaint with those in authority. Do anything but refuse to stay silent.  Choose to be part of the solution, not the problem.”

FOUR PAWS Paws ‘Puppy Buying Checklist’. Pet professionals can direct clients and customers to this handy online checklist or it can be printed off and displayed in your work environment.

Petsecure Is it OK to buy a dog online?