Australia is a country of animal lovers, yet unfortunately animal cruelty still exists. Recognising the signs of animal cruelty and teaching people how to respect animals can go some way towards addressing the issue.

Of course, it’s not always easy or straightforward to find out if an animal is being neglected or treated cruelly. Yet, as frontline troops, pet professionals can play an important role in speaking out and helping to prevent animal cruelty.

Sadly, the RSPCA responds to approximately 50,000 reports of animal cruelty and mistreatment every year. However, without RSPCA inspectors these animals would have little hope and their suffering would continue.

Certainly, witnessing animal cruelty is unpleasant and upsetting but not taking any action is far worse. There are many ways pet professionals, and members of the public for that matter, can help take a stand against animal cruelty.

Visual indicators — Wounds, particularly if they’ve been left untreated, sores, flea or tick infestations and health problems, such as difficulty walking, could be potential signs of animal cruelty. If you notice any of these things they may warrant further questioning. However, only raise the topic if you feel comfortable doing so.

Another noticeable warning is the animal’s behaviour. For example,a dog that’s usually passive and even-tempered may become aggressive or suddenly start cowering.

Failure to fulfill basic needs — Any pet owner who fails to provide clean water, food and shelter for their animal is not taking appropriate measures to care for the animal’s welfare.

Abandonment — Animals can be left abandoned in old houses, enclosed yards, and on vacant land. Consistent barking, howling or moaning may gain your attention. If you suspect an animal has been left alone (for long periods or indefinitely), take action.

Animal abandonment on the rise

Earlier this year the RSPCA South Australia branch launched its annual Combat Cruelty campaign, which shows the scale and horror of animal suffering in Australia.

It reports that in the last 12-months 579 animals have been found abandoned in South Australia alone. The following cases of animal abandonment (originally posted on the RSPCA South Australia website) show the level of animal cruelty many pets undergo.

The only way that cases like these can be addressed is if we all stand up, speak out and take action. 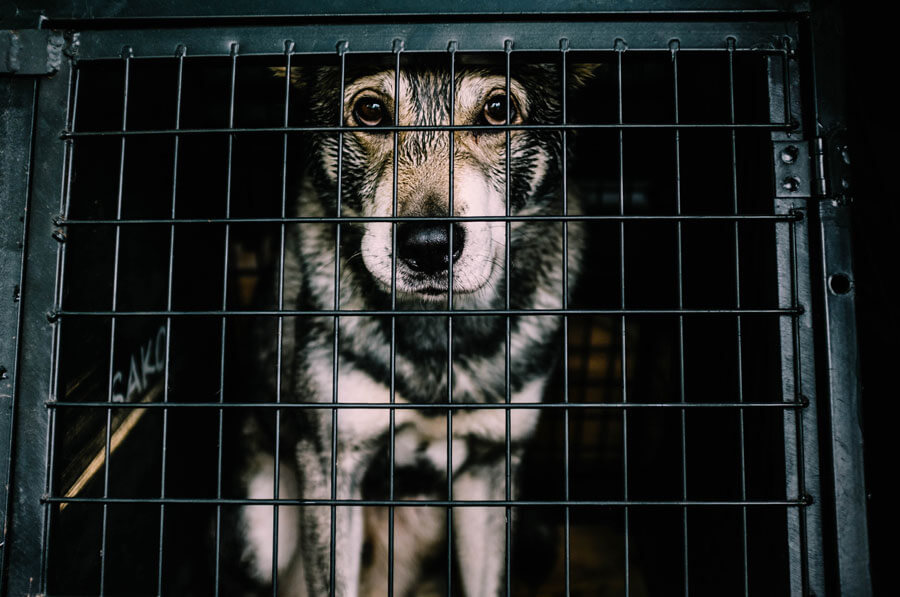 Firstly, it’s important to report cases of animal abuse. If you believe an animal is being physically abused or neglected, speak out. The only way we can help secure a better life for animals is if animal cruelty is reported. Reports can be made via a phone call or online to your local RSPCA office.

RSPCA officers have the power and authority to fully investigate potential cases of neglect, abuse or abandonment. They will uphold the laws and can also educate animal owners on appropriate animal care to help prevent any future cases of cruelty or neglect.

Indeed, vets and pet sitters – even dog walkers — can gain an unique insight into a person’s life and home. A vet might notice marks or bruises on an animal during its annual check up; pet sitters and dog walkers may notice signs of domestic abuse in a home. (It might not be in the house they are pet sitting, but a neighbour’s home). While no one likes to pry, these could be potential signs of animal abuse.

What’s more, studies have shown a link between violence toward humans and cruelty to animals. Therefore, by reporting a case of animal cruelty you might even be helping to shield a human from violence in the home. Likewise, if you suspect domestic violence, consider whether the pet is being mistreated.

Humans learn compassion from a young age. As such, it’s important to be aware of children and how they treat their pets. If you see a child treating an animal badly it’s important to talk to raise this. If it’s not appropriate to talk directly to the child, try to address the issue with their parent.

Tackling animal cruelty in Australia is no easy feat. It requires a lot of resources. Pet professionals can support organisations such as the RSPCA, who do such great work, by collecting donations or giving part of the proceeds of the sale of certain products to groups and businesses that promote animal welfare.

Have you tackled a case an animal abuse, neglect or mistreatment? What was the outcome?