Understanding people’s attitudes towards dogs, and how this can vary from country to country, is fairly new. However, these insights can be useful for pet professionals when dealing with clients.

Why explore global attitudes towards dogs? Well, aside from the fact it’s interesting to learn whether attitudes are similar or differ greatly, this knowledge can come into play in your business.

For example, in a recent post on Take Your Dog to Work Day, we mentioned the importance of checking whether fellow colleagues would feel comfortable about having a dog in the office. After all, just because you’re a dog lover, you can’t assume that everyone else in your workplace feels the same!

After reading the post a friend of mine mentioned how dogs are viewed differently by different cultures in the world. For example, in some areas of South Asia dogs are wild and are not generally kept or viewed as pets.

In fact, in some countries dogs are feared; they are considered transmitters of disease (such as rabies). So while we might think of the dog as man’s best friend, in other cultures dogs might be perceived as dirty and dangerous.

As professionals working in the pet industry, it can be really useful—not to mention interesting—to learn about how other cultures view dogs.

Let’s start by looking at our own culture. Indeed, in the western world, we treat our dog like a member of the family. We hang portraits of our dogs on our walls, we let our dogs share our beds, we include our dogs in our wedding day ceremonies, and we even hold funerals for our deceased dogs. In general, we westerners love our dogs.

In Islamic culture, dogs are perceived as ‘ritually impure’. Apparently, the Prophet Muhammad once said that dogs may only be kept for acceptable reasons, such as farming, hunting or herding. In these instances though, the dog should be kept outside the home.

Likewise, a dog may be kept as a guard, but not as a pet. Even if a person touches a dog, they must wash the area of content several times. This is because dogs are considered unclean and impure.

While Korea has its fair share of dog owners, Korean’s are known for seeing dogs as a commodity and a source of meat to eat. As such, many Koreans are afraid of pet dogs and believe they could attack at any moment.

According to Humane Society International, in South Korea dogs are still intensively farmed for human consumption. While there has been a shift away from dog meat consumption amongst younger Koreans, many of the older generations still eat dog meat.

In fact, Humane Society International reports, ‘older, male Koreans have the misguided belief that [dog meat] is beneficial for health when consumed as a soup or as a tonic.’

Action is currently underway by Humane Society International to phase out dog meat farms and dispel the myth that ‘meat dogs’ are different from ‘pet dogs’. 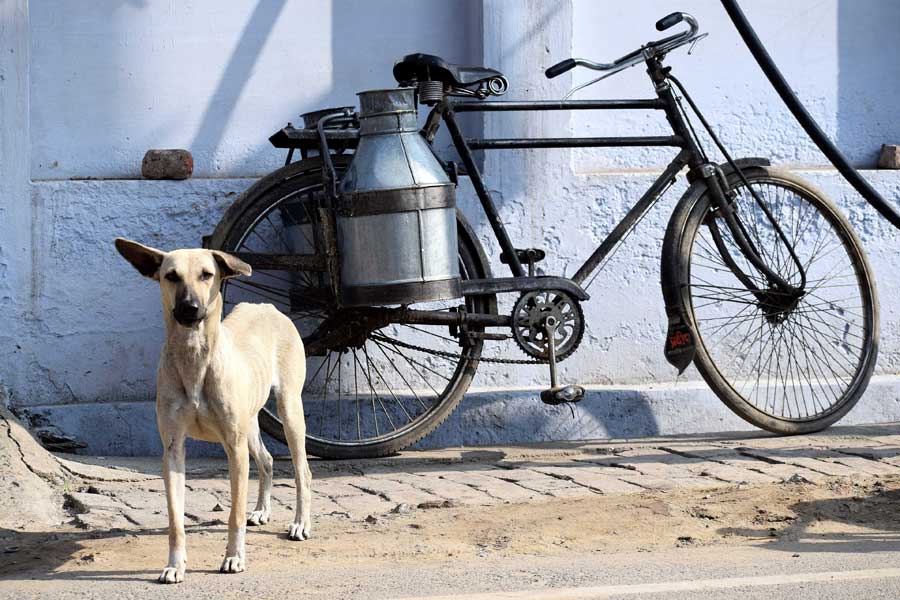 As in many cultures, in China, the attitudes towards dogs have changed over time. During the Neolithic age, more than 7,000 years ago, dogs were kept for hunting, protection and food.

However, while still used for hunting, during the Ming Dynasty well-off Chinese began keeping dogs as pets. In fact, the Pekingese became the sought-after lapdog among those in the imperial court.

Nonetheless, the lack of meat drove the Chinese to consume dog meat. Yet, when Buddhism and Islam spread throughout China eating dog became a social taboo amongst many.

In more recent times there has been a sharp rise in the number of people keeping dogs as pets and a decline in dog meat consumption. Yet while native breeds once rules supreme in terms of popularity, there is now a trend towards overseas breeds, such as Poodles, Pugs and Chihuahuas.

It is thought that India has one of the highest rates of stray dogs in the world (the figure stands at around 35 million). Could this be a result of Indians’ attitudes towards dogs?

For a long time dogs have been considered as ‘carriers of disease’ in India. Every year there are approximately 20,000 cases of rabies, often amongst children who play and share food with the stray dogs.

Nowadays, these dogs are more kindly referred to as “indie-dogs” and great effort has gone into increasing people’s awareness of animal welfare.

So far, it appears to have paid off, as a growing number of people are adopting and owning dogs. Furthermore. According to a recent report in National Geographic, in the city of Bengaluru (formerly Bangalore) adopting an ‘indie’ has become the new cool.

The tendency to consider the welfare of India’s street dogs is spilling into other cities. In Mumbai and New Delhi, we are seeing a rise in pet start-ups and dog cafes, which signals the changing attitudes towards dogs.